“…and when our children tell our stories, they’ll tell the story of tonight.”

–“The Story of Tonight”, Hamilton: An American Musical (written by Lin Manuel Miranda)

Or, why stories like Rogue One and Les Misérables are important.

We all know and love the stories where the heroes win, where good triumphs victoriously over evil, where the final battles end in bloodshed but most (if not all) of the heroes emerge relatively unscathed and more than ready to move towards their happy endings.

…but what about the stories where that doesn’t quite happen?

What about the stories where the barricade falls, where the mission fails, where the rebellion loses against the ones in power? The ones where the revolutionaries sacrifice their lives for a cause that they don’t ever know will come to fruition?

With these stories, we read and we watch and we wonder: Was it worth it?

Was the idealism and courage, the planning and action, the fight and the sacrifice, all for nothing? 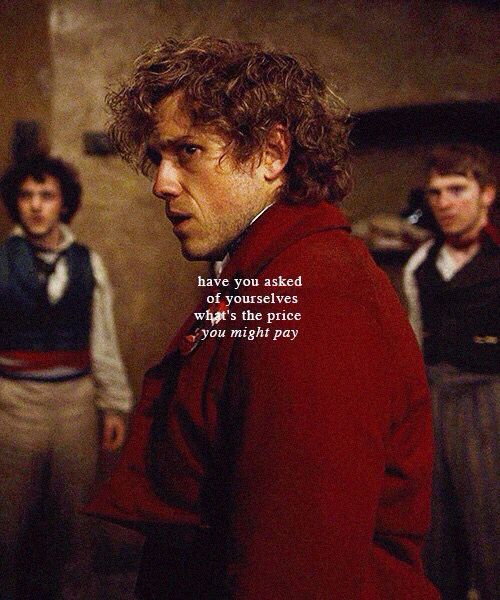 In Rogue One, countless people sacrificed their lives so that one transmission could be sent to Princess Leia and enable her to know how to destroy the Death Star in A New Hope. The mission ultimately succeeded– but at great cost to those involved, and they died without the certainty we as viewers have that the Rebels would ultimately win in the end, three movies later.

In Les Misérables, a small group of Parisian schoolboys, filled with ideals of a better France where the people would no longer be oppressed and suffering under a monarchy, carefully planned and staged a rebellion with the hope that the people of Paris would arise and fight with them– only for the people to falter and hide away once the boys built their barricade and the fight became real. Their revolution failed miserably– yet even when they realized they were on their own and outnumbered by the National Guard, they did not back down, but fought until the bitter end, knowing full well that they wouldn’t survive. (So did the boys of the very real 1832 June Rebellion that hugely impacted Victor Hugo so that he wrote this as part of the bigger story.)

Was it worth it? we ask as the battles don’t turn out the way we’re used to seeing and as every character involved dies in the fight. Does it even matter?

My answer is a resounding yes. 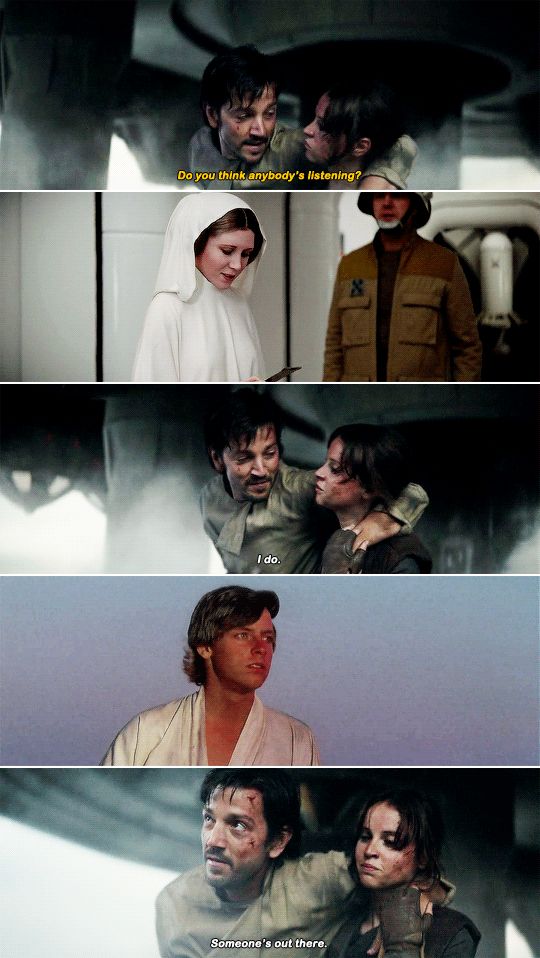 It matters because those involved were willing to live, fight, and even die for a cause they believed in. For goodness– for liberty– for justice.

They didn’t do it because they believed they would win and survive, even though they did hold onto that hope until they had to face the reality of impending death.

They did it simply because it was right. Because their causes– different situations and stories (even different galaxies!), yet similar in principle– were important enough to them that they were worth the sacrifice.

They did it because their hope was ultimately in something bigger than themselves.

And they believed that even if they may not be the ones to see the triumph and the glory of winning the battle, someone would– so they would gladly pave the way for the next generation to take their place in the fight.

It matters because we frankly need the reminder sometimes that there are certain matters– certain battles– where our chances of success should not determine whether or not we choose to act at all.

When it comes to the things that truly matter– issues of moral and social justice that we are called to care about as Christians, defending our faith and taking a stand for truth– we are compelled to stand and fight, no matter the cost.

The Bible never says “fight for what’s right when it’s convenient for you”. It never says “speak up for those who cannot speak for themselves, defend the rights of the poor and needy… only when you know you’ll walk away triumphant”.

Lights aren’t meant to blend in, to only shine when it’s not too dark or when they know for sure they’ll be effective enough for people to see.

They’re meant to confront the darkness, to go forth boldly and illuminate what is true and real. Even the tiniest of sparks can bring light to darkness– and those sparks can eventually lead to fires, burning away brokenness and refining like gold.

And aren’t we called to be lights in this world, so that in doing so we may point people to Christ?

It matters because, as a Christian, I can so easily see myself in the same position as a Jyn Erso or a Marius Pontmercy someday: having to make the choice to join the fight alongside a ragtag group of rebels that may or may not win, or to keep looking down, ignoring the pain and suffering of my people but living relatively unscathed.

I feel much like Frodo Baggins in regards to the end times: I wish they need not happen in my time.

And if (when) those days come, I’ll have to do what Gandalf told Frodo: We can’t decide what the future holds for us, but we can (and must) decide what we do with it when it comes– with the time that we are given here on this earth.

I’ve lived a very happy, comfortable life– a small life, as Kathleen Kelly would say. Good, but small. I don’t know anything of sacrifice, not really. It’s hard for me to even fathom facing certain death yet acting anyway, greeting a painful death with quiet resignation instead of fear. Would I have the strength and courage to stand up, when I know doing so would cost me my life?

It’s easy for me to sit here on my comfortable couch and believe that I would. I know in my heart that, if it ever comes to denying Christ or dying, I’d choose death in a heartbeat. But as far as fighting for a cause that I, Emily, realize that I will not survive, much less win?

But I’d really like to think that I would, when it came down to it.

And I can’t help but think that it’s these kinds of stories– tales of great sacrifice, not necessarily great victory– that are helping me get there. It’s these stories that put brave thoughts in my head and dare me to examine myself and see if I would act as the Rogue One crew and the Barricade Boys did, were I in their circumstances. It’s these stories that remind me that sometimes bravery and love looks like laying down one’s life for their friends– and for what is right.

I love my happy ending stories, don’t get me wrong. But give me these stories, the ones of real courage and fortitude, of nobility and sacrifice, of bittersweet endings that pave the way for something glorious that will be worth the fight.

Give me endings as brave and beautiful as Jyn and Cassian’s, as noble and defiant as Enjolras’s.

All the stories I read and watch shape me in some way, but the ones that inspire courage and sacrifice move me the most– and, perhaps, will someday be the most important ones I’ve ever taken to heart.

Because who knows what the future holds?

All I know is that I will continue to trust and live for the One who holds the future in His hands– and that, if the day ever comes when I must die for my faith, He will be worth the sacrifice.

Ultimately, I live and die for the cause of Christ.

And these stories– these sad, sacrificial, beautiful stories– are little glimpses of what that could possibly, someday, look like and mean for us as believers.

That, dear readers, is why these stories are so important– and why they’ll always make the top of my list.

“Do you hear the people sing
Lost in the valley of the night?
It is the music of a people
Who are climbing to the light.

For the wretched of the earth
There is a flame that never dies.
Even the darkest night will end
And the sun will rise.”

**I do not own any of these images, edits, gifs, etc. But they’re beautiful, aren’t they?

Join 968 other subscribers
Follow {A Portrait of Grace} on WordPress.com